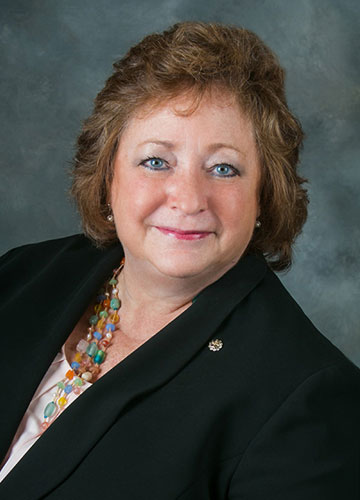 Bonnie Laube earned a degree in biology from Case Western Reserve University in 1981 and, thereafter, in 1984 she graduated with a degree in nursing from Thomas Jefferson University. Ms. Laube served as a nurse and officer in the United States Air Force before returning to the South Jersey area to attend Rutgers Law School – Camden. While attending law school, she practiced nursing at Thomas Jefferson University Hospital. Following her graduation from law school in 1990 she began – and has continued – her career in law in Vineland, New Jersey. A partner in the law firm of Greenblatt and Laube, she has been admitted to practice before the New Jersey and Pennsylvania Supreme Courts, the United States Supreme Court, the U.S. District Court for the District of New Jersey and the U.S. Court of Appeals, Third Circuit.

Ms. Laube has been certified by the New Jersey Supreme Court as a Civil Trial Attorney and as a Certified Matrimonial Law Attorney. While her practice focuses on matrimonial/family law, handling cases involving divorce, child support, alimony, custody, adoptions and post-divorce judgment matters, Ms. Laube also handles personal injury matters and guardianships. She has extensive experience in all aspects of civil litigation.

Ms. Laube is equally active in the Vineland community. She has been a proud and active member of the Vineland Rotary Club since 1991 and has served as their Treasurer since 1999. She has been a member of the Cumberland County College Paralegal Studies Program Advisory Board since 2005, involved as a Big Sister in 2006 with the Big Brothers/Big Sisters Program of Cumberland County and in July 2010 she was elected to serve as a Board member of the Bay Atlantic Federal Credit Union. She currently serves as the Secretary of the Credit Union Board.