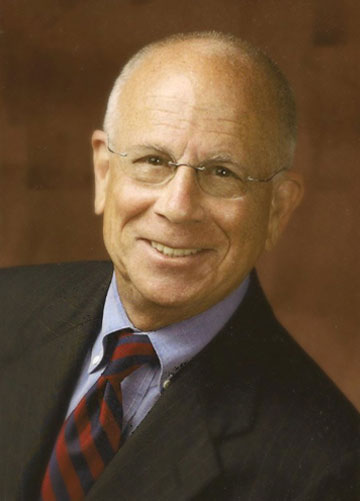 Jay H. Greenblatt has been included in New Jersey Super Lawyers from 2005 to the present and in 2009, he was included on the list of the top 100 Attorneys in New Jersey receiving the highest point totals during the selection process. Super Lawyers is a Thomson Reuters lawyer rating service with a selection process that includes peer nominations, independent research, and additional peer evaluations by practice area.

Prior to entering law school, Mr. Greenblatt completed his college preparatory education at The Peddie School, and received his undergraduate degree from the University of Miami. After graduating from the University of Miami School of Law and serving in the US military, he returned to New Jersey in 1963 to practice law. Admitted to practice before the New Jersey Supreme Court, the Florida Supreme Court, the U.S. District Court for the District of New Jersey, the U.S. Court of Appeals for the Third Circuit and the U.S. Supreme Court, Mr. Greenblatt was certified as a Civil Trial Attorney by the New Jersey Supreme Court in 1982, a designation held by only 3% of attorneys licensed in New Jersey.

From 1997 to 1998, he served as President of the New Jersey State Bar Association and in 1998, he was recognized by Legal Services of New Jersey with the Equal Justice Medal for his support and leadership.

The year 2003 brought more recognition for Mr. Greenblatt. He was honored as Cumberland County’s Professional Lawyer of the Year and was also chosen by the New Jersey Commission on Professionalism in the Law to receive the Daniel J. O’Hern Award for commitment to the highest ideals of professionalism and outstanding service to the Bar and community.

Mr. Greenblatt has tried numerous cases as a trial attorney in the federal and state courts. As a lecturer for the Institute for Continuing Legal Education and the New Jersey Judicial College, he has lectured in the fields of civil trial and appellate advocacy, legal ethics, federal practice and alternative dispute resolution.

Mr. Greenblatt has also been recognized for community involvement, having served as chairman of the board of Newcomb Medical Center in Vineland. He was presented the Bishop’s Medal by the Camden Diocese in 2002, and in 2008, he received the Civilian Award from the Hero Scholarship Fund.